Over the last several months YWCA staff have had the opportunity to attend inclusion training sessions. These workshops encouraged us to look at the spaces we work in and the individuals we work with, and ask ourselves how we can continue making our spaces inclusive as well as safe for all identities. Particularly in our child care centres, where our service users are coming from increasingly more various backgrounds, our staff are keen to represent the city’s diversity in the centres. One obvious place to look is our toy boxes.

As many do, the girls of St. Elizabeth’s Kindergarten program have shown a strong interest in playing with Barbie dolls. These dolls have become doctors, teachers, adventure heroes and more in the hands of these children. Originally, we had been questioning whether or not to have the dolls in the room at all, as Barbie is quite a controversial toy for many reasons. However, the educator’s approach to the dolls changed after an interaction with some of the kindergarteners. 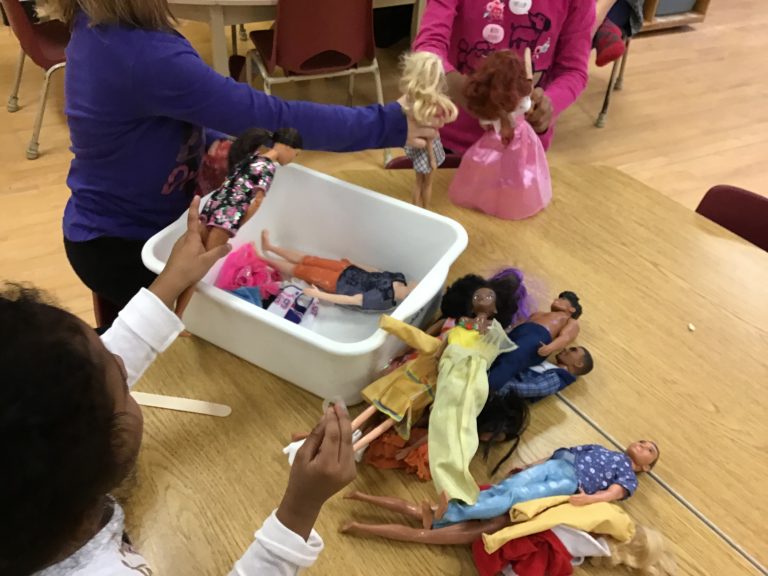 the box wasn’t “pretty” and she didn’t want to play with it. It just so happens that the doll in the box, was the only dark-skinned Barbie doll in the room.

After the children left for class, the educator took a look at the dolls and realized something very obvious that she had noticed before, but not given much mind to: three out of the four dolls had pale skin, blue eyes and light hair.

After a few stops at second hand stores and the local Walmart, the educator came in early to add some more dolls to the toy bin the next morning. Not only dolls of colour, but dolls of various body types as well. Now, the white “traditional” Barbie dolls were a minority in the bin.

When the children arrived, the girls were delighted at the idea of having more dolls to play with. At first, the girls took time identifying differences in the dolls.

“This one has brown skin”

Over the course of the week, the educator continued to observe their interactions with the dolls and noted a few things. For one, the girls rarely commented on the differences between the dolls after that initial day. They also played with a variety of them, and the educator hasn’t heard one complaint about not having enough dolls to play with since introducing more diversity to the collection. 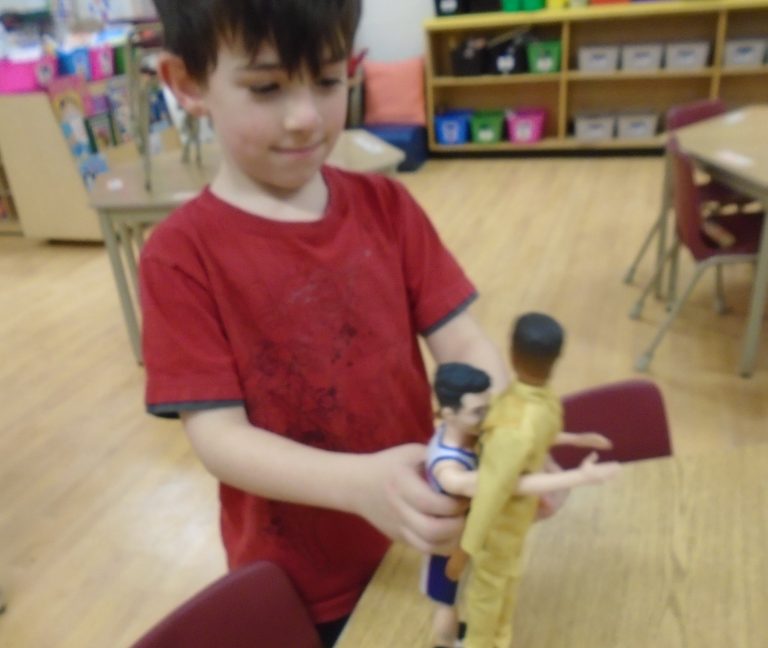 As time wore on, this project of introducing dolls with a variety of skin tones and bodies also led to explorations of gender. The educator noticed some of the boys were watching the girls’ newfound excitement over the Barbie dolls and, when the educator asked if they wanted to join in and play, she was told,

“No, Barbies are for girls.” The next day, she was asked by one of the girls why we had no boy dolls.

The next day there were five boy Barbies in the box.

Now, if you come into the kindergarten classroom, you will find dolls of all shapes, sizes, professions and genders. All of the children, regardless of gender, play with the dolls, and they play with them together. Something that rarely happens. This small change in the class has brought the children together and improved their play in ways the educator hadn’t anticipated, and has encouraged her to explore more ways to improve the care we provide for all children.